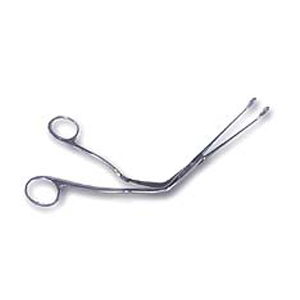 Magill Forceps Are Supposed to Be Bent.

This was the Original Tip that started them all…

Magill Forceps are a useful tool will a many and varied uses, sort of like a one-trick pocket knife. Primarily designed for assisting the movement of the Endotracheal or Nasotracheal tube into the chords during laryngoscopy, they come in different sizes for different sized patients.

One hospital I worked in kept a couple in the draw of the anaesthetic machine, a small one and an adult one (we never used the two for the intended purpose unless it was an emergency). We’d use them for extending our reach for things, passing trachy tape under a large patient’s head after intubation, for instance.

One day, in a complete fluke (honest) the paediatric one got “straightened” in the closure of the draw. Now it was completely useless for its intended purpose and always getting in the way.

Ivan Magill was an Irishman and prolific inventor whose assistant (see who gets the credit!?) invented the Endotracheal Tube and what we know as the “Patient Piece” (in ICU) or “Liquorice Stick” (in Anaesthetics). Magill invented the connector that fits between, amongst many other things, including his “bent” forceps.

He was an Anaesthetist in the RAMC during WW1 and worked after the war with one of the other great medical inventors, Captain Gillies (a WW1 surgeon who also has a forcep to his name).

Thanks to CoCo for going on holiday.

shojiwax
There are still battles to be fought

My great Wordpress blog
The Collective

A Hive Mind for Prehospital and Retrieval Med

Observations about every day life and how I see it. Some of it's magic, and some of it's tragic...